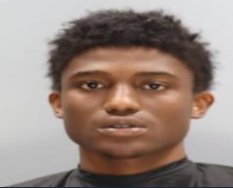 Columbia, S.C. (WOLO)– Columbia Police say a teenager is charged in connection with a shooting that injured a 15 year old boy earlier this summer.

Investigators say Jentry McCombs, 19, was arrested Thursday and charged with Attempted Murder, Unlawful Carrying of a Weapon, and Possession of a Weapon during a Violent Crime.

Police say he was arguing with the victim at Harbison Gardens Apartments on June 17th prior to the shooting.

Police say the victim was shot twice in the leg but his injuries were not life threatening.