Suspect in July shooting death turns himself in 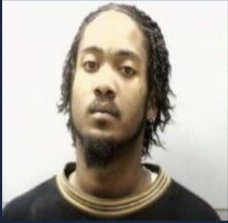 Columbia, S.C. (WOLO)–Columbia Police say a suspect in a deadly July shooting has turned himself in.

According to police, on June 15th police responded to Prisma Health Richland after Willis Weary drove himself to the hospital with a gunshot wound where he later died.

Police say the shooting was not a random act of violence and that Doctor and Willis knew each other and the shooting happened while Weary was driving on Farrow Rd. and 277.