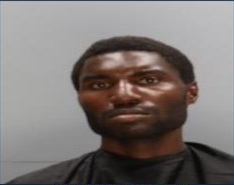 According to police on Wednesday night Davis grabbed a 41 year old woman and threw her to the floor at Walgreens on Devine St. and tried to remove her clothes while he removed his pants.

Investigators say Davis was subdued by other people in the store while another called 911 and he was taken into custody.

Chief Holbrook stated, “This is one of the most egregious public attacks and attempts at criminal sexual conduct that I have seen in my 33 year law enforcement career. There is no better example of a violent sexual predator, and one who is a clear and present danger to our community.”

According to police Davis has prior convictions for Indecent Exposure.