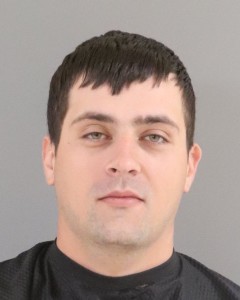 The incident was recorded on the store’s surveillance camera.

This is not Pierce’s first brush with the law.

He was charged with burglary in August of 2021.