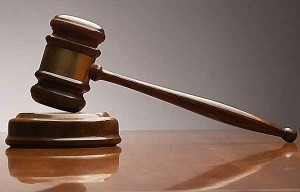 Columbia, S.C. (WOLO)– Officials with the US Attorneys Office say four people have been charged in South Carolina for roles in a fraud scheme related to a COVID relief program.

A spokesperson for the US Attorney’s Office says the defendants are Jacob Liticker of Houston, TX, Kehinde Mubarak Lapedo stationed at Shaw Air Force Base in Sumter, Ganiyu Victor Lapedo of Fayetteville, NC, and Maxwell Uzoima Okobi currently deployed in Kuwait.

According to an indictment the men were part of a scheme that attempted to fraudulently acquire $2 million in PPP loans.

Each defendant faces up to 20 years in prison and fines.

In a release provided to ABC Columbia News, Special Agent in Charge Chris Dillard says, “These arrests are representative of the Defense Criminal Investigative Service’s (DCIS) steadfast commitment to hold accountable those who perpetrate fraud against the Department of Defense, even when those perpetrators are within the ranks of the Armed Forces.”

If you know of any attempts at fraud involving COVID-19 funds the US Attorney’s Office asks that you call the Department of Justice’s National Center for Disaster Fraud (NCDF) Hotline at 866-720-5721 or via the NCDF Web Complaint Form at: https://www.justice.gov/disaster-fraud/ncdf-disaster-complaint-form.