A father has been arrested and charged with Homicide by Child Abuse after his 6-month-old child died. 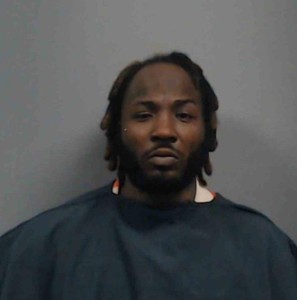 NEWBERRY CO., S.C. (WOLO) – A father has been arrested and charged with Homicide by Child Abuse after his 6-month-old child died.

Authorities say Collie Dee Dawkins was taken into custody on Nov. 9 afternoon and is currently being detained at the Newberry County Detention Center.

Dawkins was previously arrested on charges of unlawful conduct to a child and violation of the habitual offender act.

According to investigators, shortly after midnight, Newberry County 911 received a call regarding a domestic issue in the Prosperity area.

Deputies say Dawkins had been allowed to take the child to his residence in the Greenville-Spartanburg area, but sometime after leaving, the biological father called and began to berate the mother and made threats to harm the child.

Investigators say around 2 a.m., they found the suspect inside the vehicle with the infant unrestrained in a child seat at a convenience store on SC-34 at I-26.

He was later arrested and the child was found unresponsive. The infant was taken to the Newberry County Memorial Hospital, where life saving methods were attempted.

The 'Who is Jill Scott' tour comes to Township Auditorium