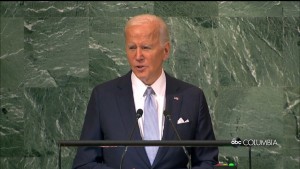 WASHINGTON (AP) – The Biden administration plans to ask the Supreme Court to reinstate the president’s student debt cancellation plan, according to a legal filing. It warns that millions of Americans will face financial strain if the plan remains stalled in court when loan payments are scheduled to restart in January.  The Justice Department is fighting to keep Biden’s plan alive after it was halted by two federal courts in recent weeks. It argues that if the government restarts student loan payments as planned on Jan. 1, millions of Americans will get billed for debt that was promised to be canceled. But if the government extends the payment pause, it will cost billions of dollars in lost revenue.