A 20 year-old Lexington man has been arrested after a Tuesday night shooting in the Amazon Fulfillment Center parking lot in West Columbia. 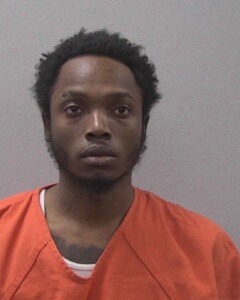 LEXINGTON, S.C. (WOLO)— A 20 year-old Lexington man has been arrested after a Tuesday night shooting in the Amazon Fulfillment Center parking lot in West Columbia.

Authorities say Jonathan Harden Alique Walker has been charged with attempted murder and possession of a weapon during a violent crime after he shot a man multiple times following an argument, leaving the scene thereafter. Walker was later located Wednesday morning at his home in Lexington.

In a statement, Lexington Sheriff Jay Koon says, “Walker and the shooting victim, who are both employed by Amazon, are linked socially in that they have mutual connections at work. There had been some conversations back and forth between the two of them last night.”

After being shot, the victim left the facility in a car and was found by EMS personnel and deputies a short distance away after the driver called 911.

The shooting victim was transported to the hospital by EMS and went into surgery, say authorities. His condition is unknown at the time.