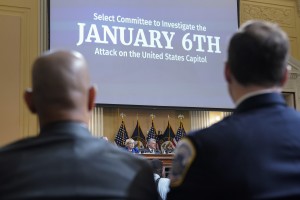 Committee members recommended four criminal charges to be filed against former President Trump as a result of their year-and-a-half-long investigation. There is also a call for the 14th amendment to be invoked to prevent anyone involved in the insurrection from running for re-election or serving in elected office again.

The full report is based on more than one thousand interviews and countless emails, texts, phone records and other documents. The referral for criminal charges made in the committee’s last public hearing on Monday is considered to be largely symbolic.

It’s not clear yet whether the report will play an important role in special counsel Jack Smith’s investigation into the former President. That probe is said to include trump’s post-election actions as well as the classified documents found at his Mar-A-Lago Resort earlier this year.