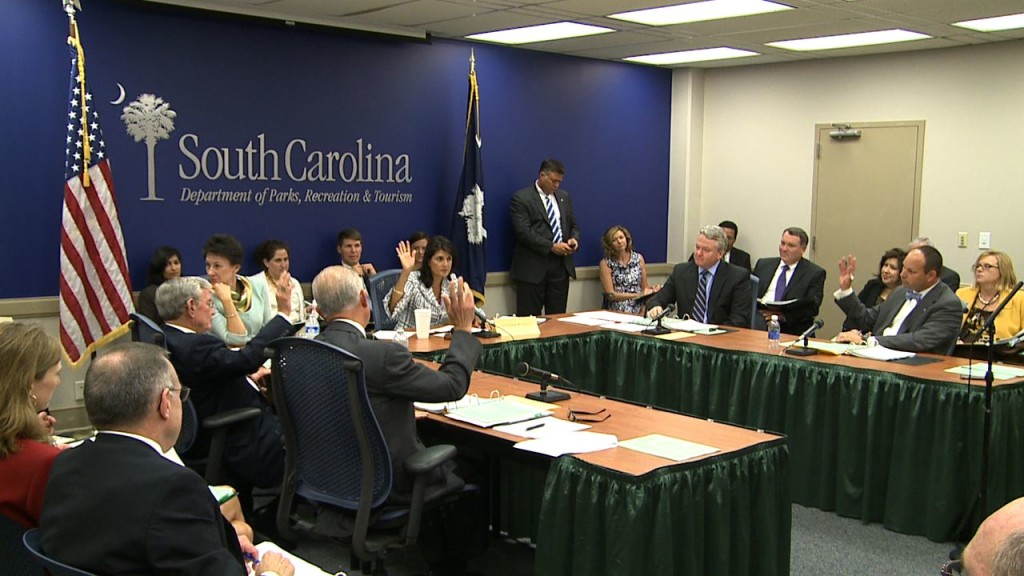 COLUMBIA, S.C. (WOLO/AP) — “Washington is completely out of control, and I don’t want us to become Washington and I don’t think we will,” says Governor Haley. It’s no secret, South Carolina is facing tough economic times. Just this week, Standard & Poor’s placed a negative outlook on the state’s credit rating. Governor Haley says this is a critical time to be cautious with state spending “I think we need to be more careful with state dollars now than we’ve ever been,” says Governor Haley So when it comes to the state’s health plan, the Budget and Control Board is doing just that. A recent forecast of the plan shows a need for a rate increase, and officials say it’s better to do it now, than later. ” We are going to be looking at retirement also and I just don’t see a double whammy coming at the same time,” says Rep. W. Brian White, Chairman House Ways and Means Committee. But not everyone is ok with that. “We have never increased rates un-necessarily, this is the first time. It’s unprecedented in state government,” says Dr. Griswold of the State’s Retirees Association. With the increase, state employees will now pay 4.5% more for healthcare. Here’s out it breaksdown, for a single employee who chooses the high-deductible health plan, they could see an increase of $.42. For an employee who also has a spouse enrolled in the standard plan, they could see an increase of a little less than sixteen dollars per month. Yet, employees aren’t the only one paying for the rate hike. State employers will also pay 4.5%, according to Comptrolller General Richard Eckstrom, that cost will fall on taxpayers. While the increase may not seem so large to some, others feel differently. “Big money, well to a state employee who hasn’t had a raise since July 1, 2007. To a state retiree who is living on a fixed income and too old to go back to work, I don’t know you tell me, what does 6.84 buy?,” says Dr. Griswold. The rate increase will take affect January 1, 2011. More than 400,000 state employees and their family members are covered under the plan. South Carolina public employees will be paying slightly more for their health insurance next year. The Budget and Control Board decided Tuesday to increase the health care costs for agencies and employees an average of 4.5 percent each starting Jan. 1. The increases would range from 42 cents monthly for a single employee who chooses the high-deductible health plan, to a little less than $16 monthly for an employee and spouse enrolled in the standard plan. The increases would bring employees’ total premiums to less than $10 per month for a single, non-smoker and about $367 for smokers’ family coverage. Nearly 410,000 public employees and their family members are covered under the plan. It covers state workers, educators and county and municipal employees who choose to participate. (Copyright 2011 by The Associated Press. All rights reserved.)