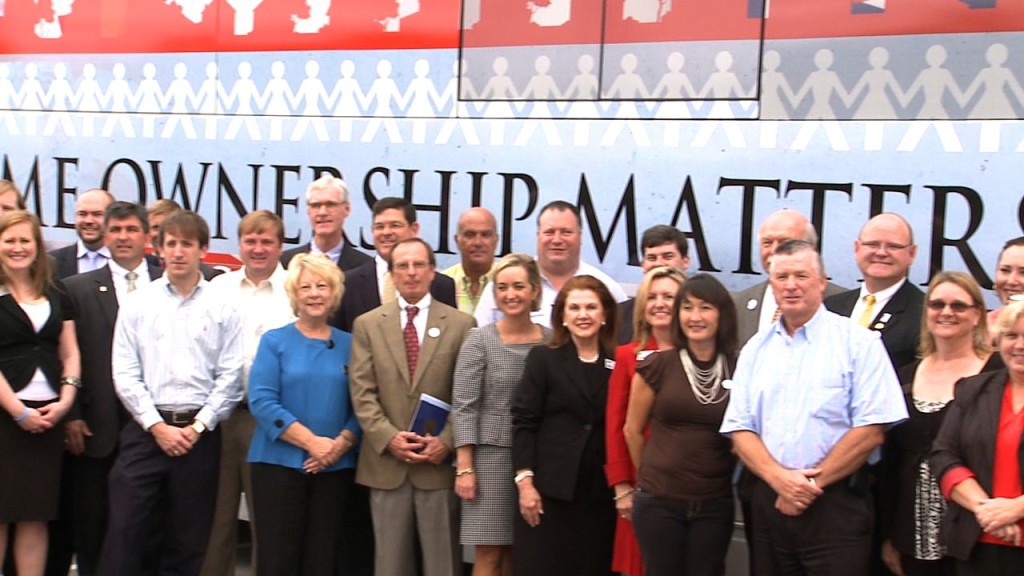 COLUMBIA, S.C. (WOLO) — For Sale signs are popping up everywhere. And the real estate market could soon take another hit, because of the nation’s deficit. It’s a problem that could cripple first time buyers and force current home owners to pay thousands more every year. “Home ownership has recently come under attack in Washington,” says Rusty Garrett, President of the South Carolina Association of Realtors. Monday realtors on a local, state and national level rallied to, in their words, protect the American Dream. “Our homes are our places where we celebrate, our homes are our places where we live our lives, it’s where we spend the time with our families, the ones we love,” says Elizabeth Mendenhall, Vice President of the National Association of Realtors. But what exactly has them fired up? For starters, in just eleven days, the FHA loan limits will expire, meaning they will revert back to 125% of the median income to 115%of the median income; this would affect more than 600 counties and 42 states. “This will cripple the market in South Carolina,” says Mendenhall. In counties like Beaufort and Jasper, this move could mean a $40,000 difference in the ability to purchase a home. But that’s not the only thing they say is putting home ownership in danger. Members of Congress are looking for ways to reduce the deficit, and the Mortgage Interest Deduction is currently on the table. “Reducing the MID for primary residences or even eliminating, the deductions for secondary homes,” says Laura Derrick, Association President for Central Carolina Realtors. But these realtors aren’t buying it. “It’s ridiculous that the MID is suddenly part of the deficit problem,’ says Derrick. The MID or Mortgage Interest Deduciton, saves current homeowners thousands at tax time. For example, a family of 4 who buys a home on a $200,000 mortgage with a thirty year fixed rate of 4.5% interest, could save nearly $3,500 on federal taxes. That’s money that realtors say could be used for other things. “It could be applied toward college tuitions, building up their savings or using it to pay down their bills,” says Derrick. Yet, while Congress works to pay down America’s bill, these realtors say homeowners shouldn’t be the ones footing it. “They should figure out a way to reduce the deficit in other ways besides attacking the American Dream of home ownership,” says Garrett.