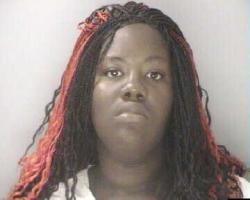 Richland Co. (WOLO)– The mother of an abandoned infant is facing charges. Richland County deputies say 21 year old, Orenthia McCuller is charged with unlawful conduct toward a child after she admitted to giving birth to her baby and leaving him outside of a laundry room on a stairwell at the Enclave Apartment Homes on Broad River Road. Richland County deputies responded to Enclave Apartments on Longcreek Dr. just after six Monday morning when a concerned citizen called to alert them of the abandoned baby boy. Deputies say the infant was taken to Palmetto Health Richland where the infant is listed in good condition.