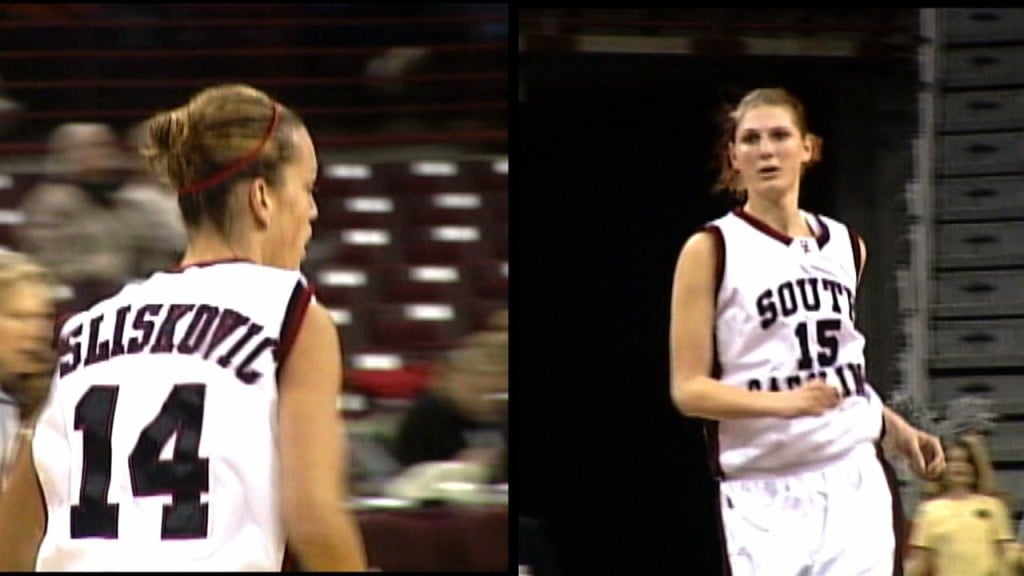 (USC SID) — A pair of former South Carolina women‘s basketball standouts will represent their countries in the upcoming 2012 Olympic Games in London. Ilona BurgrovÃ¡, who played for the Gamecocks 2005-08, will represent the Czech Republic, while Iva Sliskovic, a 2004-07 letterwinner, will be part of the team from Croatia. Both are making their Olympic debuts and join Shannon Johnson (2004, United States) as the only Gamecock women‘s basketball alumnae to participate in an Olympic Games. BurgrovÃ¡ averaged 25.0 minutes per game for the Czech Republic in the FIBA World Olympic Qualifying Tournament, adding 8.0 rebounds and 7.0 points per game to the team‘s three victories. In her four seasons at South Carolina, she helped the Gamecocks to three WNIT appearances. BurgrovÃ¡ was the team‘s top field-goal percentage shooter as a senior in 2007-08, making 55.1 percent of her shot attempts. She ranks fifth in school history with 133 career blocked shots, and her five blocks against Florida on Jan. 25, 2007, were the second-most by a Gamecock in an SEC game. In SEC games in her career, she swatted away 65 shots to rank second in school history. BurgrovÃ¡ is currently playing professionally in the Czech Republic for ZVVZ USK Praha of the EuroLeague. Sliskovic played for Croatia in the FIBA World Olympic Qualifying Tournament in late June to earn a spot in the Olympic Games. She scored 11 points over the team‘s three victories. In her time at South Carolina, the 6-3 center helped the Gamecocks to a pair of postseason appearances, including a run into the third round of the 2007 WNIT. She led the team in field goal percentage as a freshman in 2003-04, hitting 54.9 percent of her shots, and was the top free-throw shooter on the team three times in her four seasons. Sliskovic currently plays professionally in Spain for Rivas Ecopolis of the EuroLeague. Both BurgrovÃ¡ and Sliskovic will be in action in Group A when Olympic women‘s basketball tips off on Thu., July 28. Sliskovic and Croatia open against the United States, while BurgrovÃ¡ and the Czech Republic open the event against China. The Czech Republic is scheduled to take on the U.S. team on August 3. Angola and Turkey are also part of Group A.