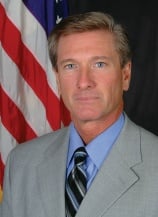 COLUMBIA, S.C. (AP) – Richland County Sheriff Leon Lott has received a national honor for his work in a program that helps children stay away from drugs. Lott was recognized on Wednesday as the 2012 National DARE Executive of the Year. DARE stands for Drug Awareness Resistance Education. Officials say Lott was nominated because he believes in the program’s mission of giving children the right tools and resources to make smart choices. Lott received the honor at an annual DARE conference in Atlanta.