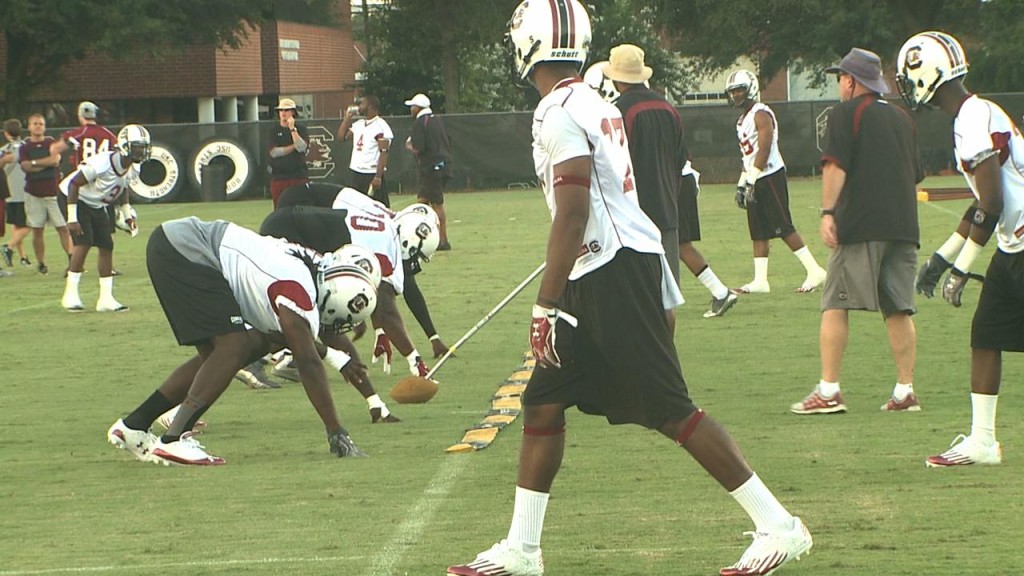 COLUMBIA, S.C. (USC SID) — This week saw the return to the practice field of senior cornerback Akeem Auguste. Auguste has been hampered throughout camp with a groin injury. Freshman tight end Kelvin Rainey also practiced, although he wore a yellow “no contact” jersey. Rainey was out a few days after suffering a concussion. Following practice linebackers coach Kirk Botkin said the key for his guys was the stop the run. “Stop the run first and foremost. We tell them when they get lined up, if they‘re in doubt whether it‘s run or pass, we‘re going to error on stopping the run first. If you stop the run, you‘ve got a chance to win. There are a lot of good teams that can run the football in this league. “We‘re going to put the best 11 out there,” continued Botkin. “I‘ve got four seniors at Mike and Will and a senior at Spur. If they get a little tired, we can spell you for a couple of plays. But we‘re going to try to find the best 11 to put out there and they‘re going to play. If we had to play today, it would be DeVonte Holloman at Spur, Reggie (Bowens) and Shaq (Wilson).” The Gamecocks are scheduled to scrimmage Saturday morning at Williams-Brice Stadium. The 10 a.m. scrimmage is closed to the public and media.