Looking Back At Clemson 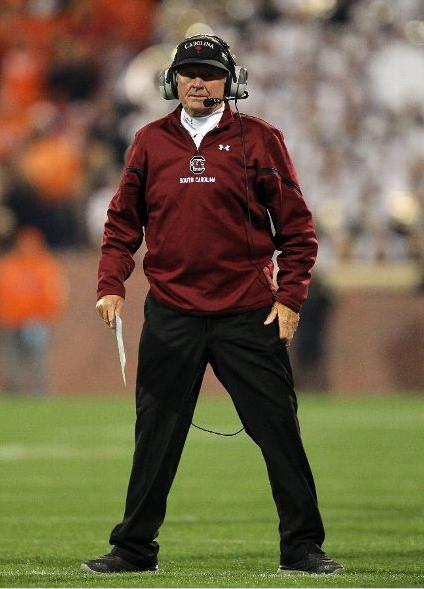 COLUMBIA, S.C. (WOLO) — The South Carolina Gamecocks defeated the Clemson Tigers 27-17 Saturday night at Memorial Stadium. Here is a quick look back at the weekend. Head Football Coach Steve Spurrier got his 65th career win at South Carolina, putting him solely on top as the winningest coach in school history. The win over Clemson gave South Carolina four straight wins against their instate rivals, only the second time in school history that they have won four straight, the last time was 1951-1954. Jadeveon Clowney had 4.5 sacks against the Tigers, that gave him a school record for sacks in a game and according to Clemson that is also a Memorial Stadium record. The 4.5 sacks gave him 13 sacks for the year which is also a school record for sacks in a single season. Back up quarterback Dylan Thompson threw for 310 yards and 3 touchdowns on 23 of 41 passing attempts. Ace Sanders had a career day for receiving yards with 119 yards on 6 catches, it is also his first career 100+ receiving yards game. Sanders also set a school record for punt return yardage in a single season with 363 yards after his 30-yard punt return on Saturday. DeVonte Holloman‘s second quarter interception was his third interception in the series vs. Clemson. He also had interceptions in 2009 and 2011.