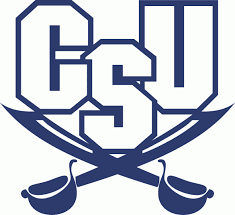 CLEMSON, S.C. ( CU SID ) — Nate Blanchard‘s sacrifice fly in the 10th inning lifted Charleston Southern to a 4-3 win over Clemson at Doug Kingsmore Stadium on Wednesday afternoon. The Buccaneers improved to 13-18, while the Tigers fell to 16-17. Reed Rohlman gave Clemson a 2-0 lead in the first inning on his two-run single. After Charleston Southern tied the score in the top of the seventh inning, Tyler Krieger responded with a two-out double in the bottom of the seventh inning that scored Adam Renwick for the go-ahead run. Charleston Southern tied the score in the ninth inning on Chris Singleton‘s fourth hit of the game, a two-out, run-scoring single. The Buccaneers then loaded the bases with one out in the 10th inning before Blanchard‘s go-ahead sacrifice fly. Chayce Hubbard (3-0) earned the win by pitched the final 2.2 innings without allowing a run. Alex Bostic (0-2) suffered the loss. The Tigers travel north to face Boston College at Commander Shea Field in Chestnut Hill, Mass. this weekend in a three-game series starting Friday at 2:30 p.m.