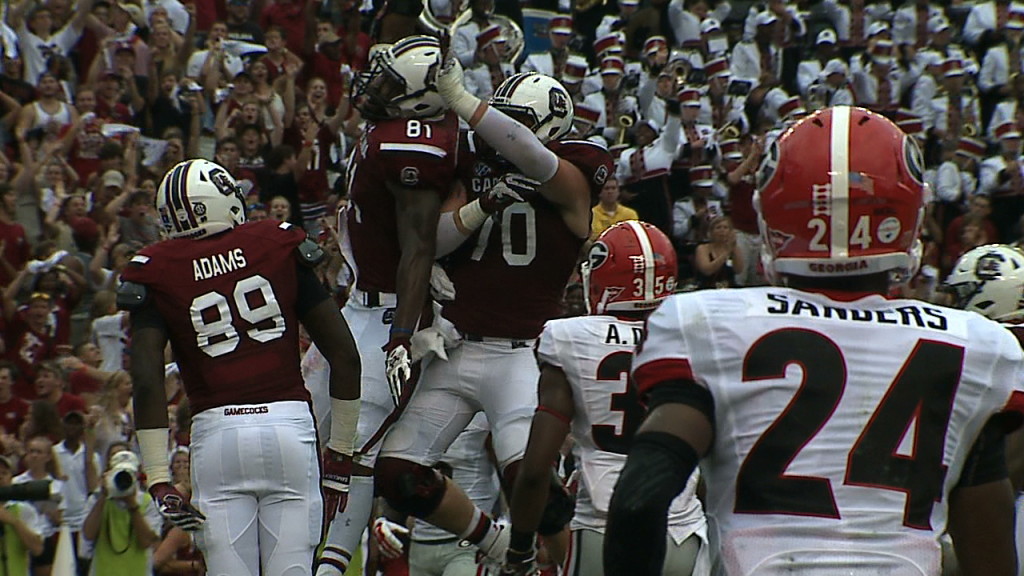 COLUMBIA, S.C. (USC SID) — University of South Carolina tight end Rory “Busta” Anderson was selected by the San Francisco 49ers with the 37th pick of the seventh round, the 254th pick overall, in the 2015 NFL Draft on Saturday. Anderson, a 6-5, 227-pounder from Power Springs, Ga., caught 61 passes for 954 yards and nine scores in his 48-game career, which included 19 starts for the Gamecocks. Anderson totaled 22 catches for 260 yards and a TD over 10 games in a senior season that was hampered by a series of triceps injuries. Anderson becomes the fourth and final Gamecock to be selected in the 2015 NFL Draft, and will join Mike Davis in San Francisco, as Davis was selected by the 49ers in the fourth round on Saturday. The Gamecocks also had two offensive linemen selected in this year‘s draft, with guard A.J. Cann going to the Jacksonville Jaguars in the third round and tackle Corey Robinson taken by the Detroit Lions in the seventh round. It was the third time in the last four years that South Carolina has had at least four players selected in the NFL Draft. Anderson becomes the 104th player coached by Steve Spurrier to be selected in the NFL Draft, more than any other current head coach.