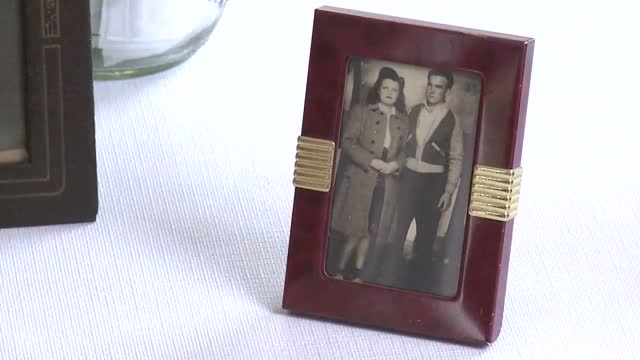 LEXINGTON, S.C. (WOLO) — In 1944, love letters connected high school sweethearts half a world away, and more than 70 years later, they bring a father to his son. Charles Campbell was killed in action in October of 1944, during World War II. His son, Michael, was born a little more than a month after. “He was always my hero, even though I didn’t know him,” Campbell says. His father was just 21-years-old when he died at sea. He got married just before deploying. SD Gunner Fund Founder Britnee Kinard’s friends uncovered the box with the medal and letters in an abandoned house in Claxton, Georgia. Kinard was able to get in touch with Campbell’s daughter in Lexington, and the rest is history. A father’s voice, brought to life through letters to a son who never knew him. “Very excited to come home and start a life,” Kinard says, “and then they just ended.” Campbell is grateful. “She knew they were important to somebody and she went a long way to find out who,” he says. Campbell says he’s thankful he lived to be able to receive his father’s things. He had triple bypass surgery three months ago. The SD Gunner Fund is a non-profit that helps veterans and disabled children get service animals.