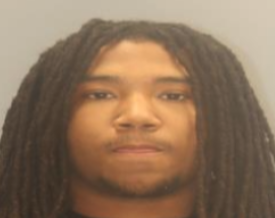 COLUMBIA, SC (WOLO)– The Columbia Police Department says an 18-year-old has been arrested in connection with last month’s shooting at Riverside Apartments that claimed the life of one teen and injured two others. Authorities say Travis Gilmore Jr. is charged with murder, attempted murder, assault and battery of a high and aggravated nature and possession of a weapon during a violent crime.

According to officials, Gilmore is accused of shooting three people at the apartment complex on Lucius Road on April 20. Police say a 16-year-old was killed, while a 17-year-old and 18-year-old were both injured. Richland County Coroner Naida Rutherford identified the teen who was killed as 16-year-old De’Marion Corbett, a Columbia High School student.