Man who reported car stolen with kids inside is arrested 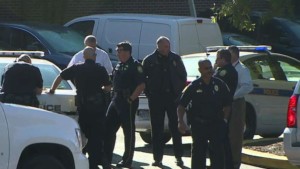 Columbia, S.C. (WOLO) — We have an update to a story we brought you during ABC Columbia News at 6. The Columbia Police Department have just released new details concerning the reported disappearance of two young boys police say they were told were asleep in the backseat of a car reported stolen Wednesday morning.

According to a post on social media, authorities confirm that the suspect the three and seven year old children were with has now been arrested and charged with filing a false police report.  According to our reporter on scene police have not said what the relationship is between two young boys and the suspect 55 year old Darrell Shealy.

See the twitter post below showing what South Carolina law is when it comes to filing a false report.

Police say the Shealy reported a blue car being stolen around 9 this morning with two small children asleep in the back seat. Columbia Police say they spent the day in and around the 100 block of Stoneridge Drive where they searched for both the children and the car where last reportedly seen.  A few hours later, Columbia Police Chief Skip Holbrook says they found the two young boys safe and began questioning the father for additional details.

Just after 6, authorities announced the arrest of Darrell Shealy.

ABC Columbia’s Alexis Frazier has been working on this story since it broke and will have update tonight on ABC Columbia News at 11.