(ABC News)- The Pentagon has identified three of the four Americans killed in a bomb blast in Syria on Wednesday, the deadliest day for American forces in Syria since they entered the country in 2015. Three other Americans were injured in the attack. 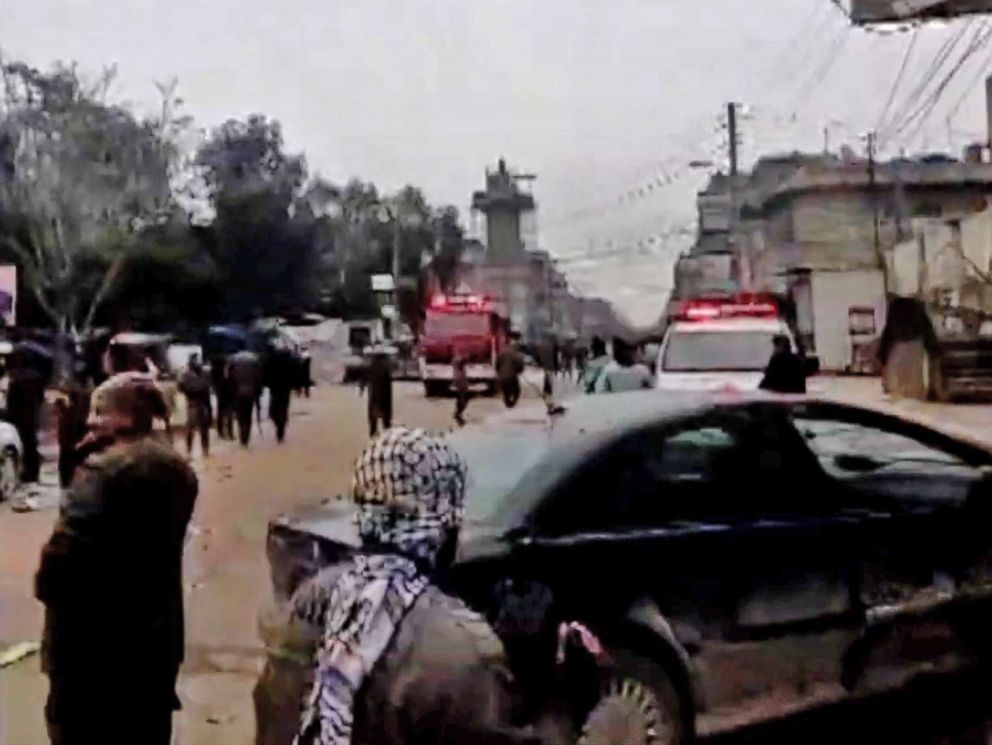 An image grab taken from a video published by Hawar News Agency (ANHA) on January 16, 2019, shows people gathered at the scene of a suicide attack in the northern Syrian town of Manbij.

An image grab taken from a video published by Hawar News Agency (ANHA) on January 16, 2019, shows people gathered at the scene of a suicide attack in the northern Syrian town of Manbij.

Wirtz was assigned to the Defense Intelligence Agency as an operations support specialist.

The contractor killed in the bomb blast was not identified by the Pentagon.

The U.S. intelligence community has assessed that ISIS was responsible for the attack, which took place at a restaurant in the northern city of Manbij, two U.S. officials told ABC News.

The U.S. team belonged to a military intelligence unit, one of those officials said, and was conducting a “local engagement” at the time of the incident, according to the U.S.-led coalition.

The suicide bomber detonated the explosive device in the doorway to the restaurant — which has been visited in the past by U.S. military personnel, but not necessarily this team, the official said.

In December, President Donald Trump made the surprise decision to withdraw 2,000 U.S. troops from Syria, declaring victory over ISIS. But since then, there has been growing confusion over the withdrawal plans, as the administration shifted from a 30-day timeline to one that is now “conditions-based” to include the enduring defeat of ISIS, protection for the Syrian Kurds, and assurance that Iran can’t increase its influence in the region.

During a hearing on Wednesday, Republican Sen. Lindsey Graham, a vocal critic of Trump’s decision to withdraw American troops, said he believed he had visited the same restaurant where the Americans were killed during a visit to Manbij last July, adding he hoped the president would reexamine U.S. policy in Syria.

“The only reason the Kurds and the Arabs and the Christians were in that restaurant is cause we gave them the space to be in that restaurant,” Graham said. “Think what you want to about ‘those people’ over there — they have had enough of killing. They would love to have the opportunity that we have to fix their problems without the force of violence. So I would hope the president would look long and hard of where he is headed in Syria.”

Manbij has proven vitally strategic for U.S. forces who have had a highly visible presence there for nearly two years, conducting patrols in the city to act as a buffer between Turkey and the coalition’s Kurdish partners — a group that’s been critical to the fight against ISIS but which Ankara classifies as terrorists.