Annual King Day at the Dome 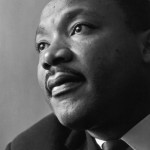 Columbia, SC (WOLO) —Today is Martin Luther King Day and as always the South Carolina chapter of the NAACP will mark the occasion with King Day at the Dome.

This year’s event will begin with a prayer service at Zion Baptist Church at 8:30 in the morning. That will be followed by a march to the State House and followed up by the annual rally at 10:15AM. And will conclude with a wrath laying  ceremony at 3pm at the intersection of Harden and Greene Street in Five Points.

Potential Presidential candidate Corey Booker is among those scheduled to take part.

The Columbia Police Department has posted this map to help you get in and around the area during the day of events.

#TrafficNotification for Monday 1-21-19 for #MLKDay2019 in downtown Columbia #KingDay #DomeParade CPD officers will be assisting with traffic control during the events *See attached map** pic.twitter.com/EPlKESZczj