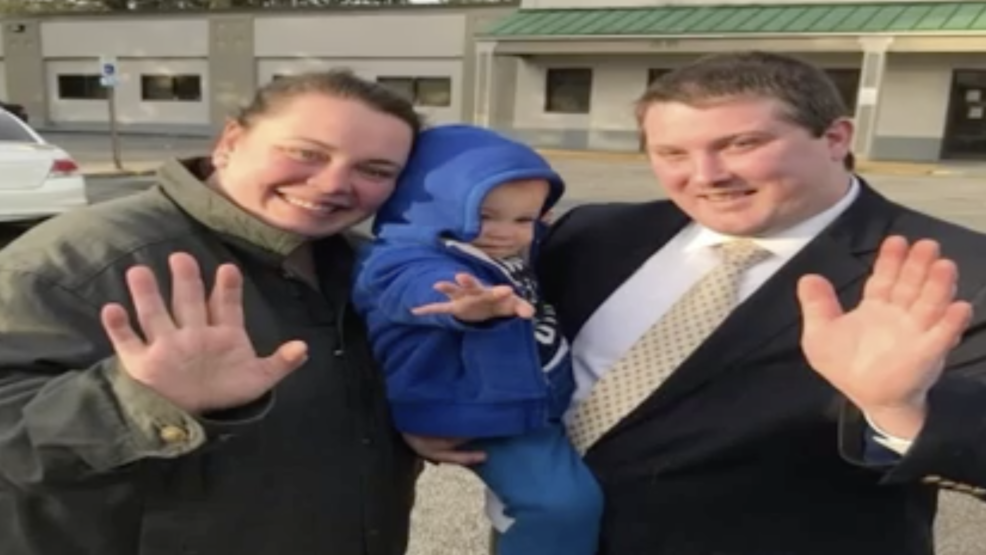 CHARLESTON, S.C. (WCIV) — A family of three is reunited at last.

On Wednesday, a Charleston County family court judge ordered the Department of Social Services to return a 22-month-old child into his parent’s custody. Foxx Coker was placed in protective custody amid law enforcement suspicions of child abuse.

In May 2017, a two-month-old Foxx was taken to the emergency room for a swollen leg. After undergoing x-rays, doctors at the Medical University of South Carolina discovered 16 bone fractures. A doctor at the time stated the injuries were likely caused by twisting or pulling. His parents, Ashley Joyner and Josh Coker said they were shocked by the discovery and couldn’t provide any explanation.

“Them telling me it was a fracture, it wasn’t something that crossed my mind. Originally, we thought it was a spider bite because we live out on Johns Island,” Joyner said. “(We were treated) like criminals from the start, complete assumption.”

The next month, Joyner and Coker were charged with misconduct of a child.

Defense attorney Ryan Schwartz took on the case from the very beginning and said a lot of things just didn’t add up. After reviewing the case and doing his own research, he said it became clear Foxx’s injuries weren’t abuse, but rather an undiagnosed medical condition.

“How do we have 16 fractures with no bleeding, no bruises?” he said. “When you look at the x-rays in this case and you understand what you’re looking for, it is clear as day that this child absolutely had metabolic bone disease.”

DSS sought to permanently remove parental custody rights in court Wednesday, but instead, the judge ordered them to release Foxx immediately and pay for a years’ worth of counseling for the family.

Attorney Bill Nixon, who joined the case in October, said it’s a huge win and indicative about how DSS handled the case.

“It is bittersweet because you know these folks have been without their one and only child for two years,” Nixon said. “For a judge to find the witnesses not credible and the judge was very specific in her instructions yesterday that she did not find the DSS caseworkers, two of whom testified, she did not find them credible.”

Schwartz and Nixon brought in Dr. Doug Benson, an orthopedic specialist, to testify as an expert witness. They said Benson pointed out the flaws in the initial diagnostic conclusion.

“We had over 1,900 x-rays in this case and DSS did not put up one of those pictures, not one,” Schwartz said. “When the bones are broken but they line up perfectly every time, it can’t be outside force, they’re not displaced fractures.”

Schwartz said he was told this case wasn’t winnable, but he hung on and said it was worth every minute.

“I believed in them,” he said.

In the meantime, the parents are happy to have Foxx home.