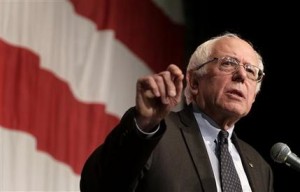 Orangeburg, SC (WOLO) — Another Democratic Presidential candidate gearing for the 2020 election is making another stop in the Palmetto state. Saturday Vermont Senator, Bernie Sanders plans to hit the campaign trail to outline the policies he is touting he says will meet the needs of the communities across the South.

A spokesperson for the Sanders camp says the Senator plans to stop in North Carolina, Georgia, Alabama, and right here in South Carolina. While in South Carolina, Senator Sanders is expected to release a K-12 education plan, while discussing segregation he says is still happening in the public school system today and under-funding.

During his stop, Sanders says he will also address voting rights restoration among other issues on his platform.

Sanders will visit the following areas of South Carolina Saturday May, 18th, 2019.

The event is free and open to the public, but only on a first come, first serve basis.