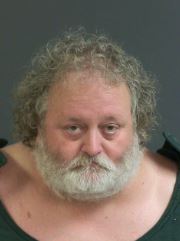 After conducting surveillance, deputies and marshals arrested David B. Conditt, 58, around 12:30 a.m. Monday at Limehouse Boat Landing on Johns Island, according to an announcement from the U.S. Dept. of Justice.

Conditt was asleep on the dock at the busy boat landing when authorities surrounded and arrested him, the DOJ says.

Federal marshals say Conditt was wanted by the Haltom City Police Department in Tarrant County, Texas, for the murder of his own twin sister.

Conditt was booked into the Charleston County Detention Center pending his extradition back to Texas.