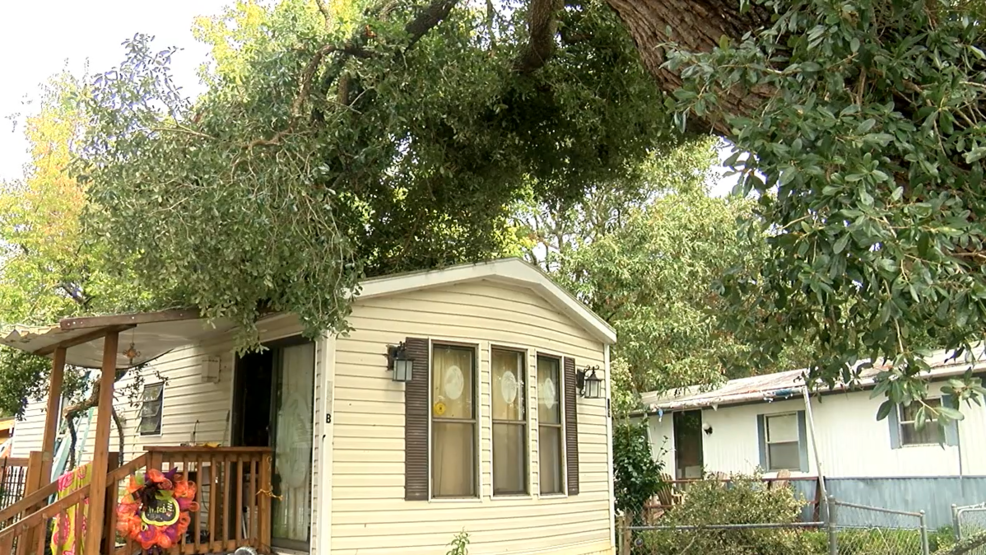 People in some parts of Myrtle Beach say they think a tornado may have even come through.

“I did see the green hue coming through the curtains, which I know is a sign of a tornado, and that was definitely there last night,” Ronita Steffes said.

Steffes lives off Columbia Drive in Myrtle Beach. She said she knows a tornado when she sees one.

“Being from Iowa originally, we take tornado warnings very seriously. We know what kind of damage they can do,” she said.

“Our front door was blocked, our deck here, to get out. So we actually had to go out the back door this morning just to come assess the damage,” she said.

Steffes said one limb even landed violently on her roof, giving her six kids quite the scare.

“We heard a big bang, and the sheet rock on her ceiling came down – very petrifying,” she said.

A woman who lives just down the road from Steffes said she experienced something similar right around the same time.

Michele Maurer lives in the Shady Grove Mobile Home Park in Myrtle Beach, and she said she also thinks a tornado may have come through.

“It happens so quick, you don’t even have time to get scared,” Maurer said.

Maurer said she and her two dogs were sitting in her living room early Sunday morning watching television when a huge branch fell onto her home, puncturing her roof.

“I’ve been through every one of the hurricanes that we’ve had. I’ve stayed here through all of them but one, never had any damage. Just this little freak windstorm comes through, and that’s it, it went right through the roof,” Maurer said.

Both Steffes’ family and Maurer say, luckily, no one in their respective homes was injured from the storm damage. They say they didn’t expect much from Nestor, but they won’t be underestimating any storms anymore.

“I know my oldest, she will probably be petrified from now on of tornadoes. You could tell last night, the look in her eye, she was definitely scared,” Steffes said.

The National Weather Service is investigating to confirm if an actual tornado came through the area.