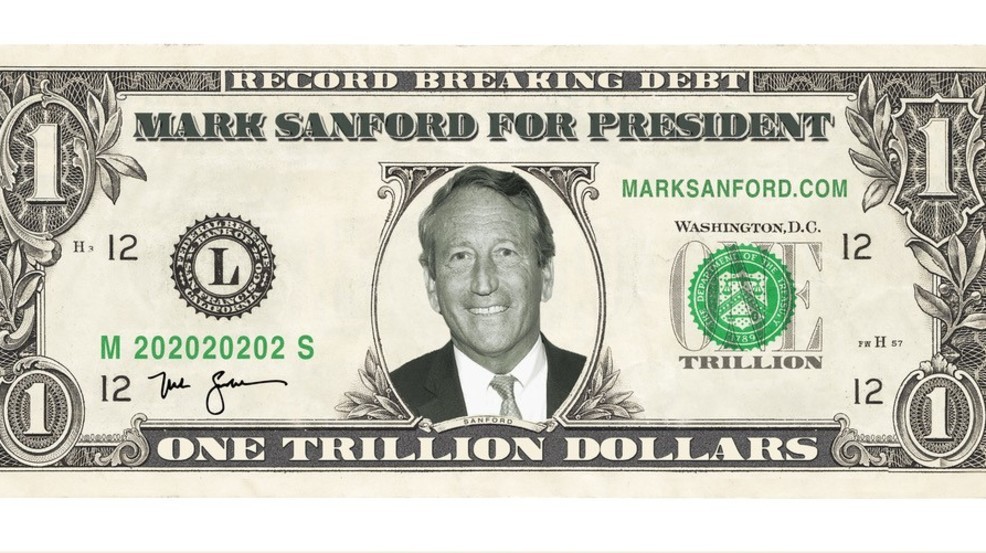 South Carolina’s Mark Sanford is handing out fake $1 trillion bills on the presidential campaign trail. The former Congressman and governor says he’s doing it to raise awareness about a financial crisis he says is looming.

“Never before in our country’s history have we run trillion dollar deficits in peacetime, much less in good economic times,” Sanford said. “Our national debt climbs $100 million an hour. That’s $30,000 a second. These staggering numbers are leading us to the most predictable financial crisis in history, and when the crisis comes it will disrupt and ruin lives.”

Sanford says the fact no one else running for president seems to be acknowledging the debt issue is “disturbing,” and a significant factor in his decision to mount an internal challenge to President Donald Trump on the Republican ticket.

“In 2016 President Trump, the self-proclaimed “King of Debt” promised, that if elected, he would eliminate the debt in eight years,” Sanford said. “Well, he lied to us. The debt has risen faster than ever before. His financial recklessness will destroy our country and dissolve our children’s hope of attaining the American dream.” Sanford continued.

Sanford’s play money was printed with a “22” on it representing the country’s deficit, but the day after its printing the national debt increased to $23 trillion.