Police: Woman charged with DUI after car struck by train 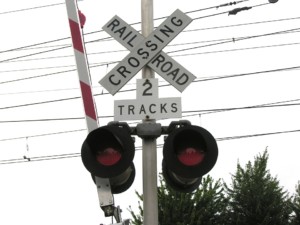 Columbia, S.C. (WOLO)–  Columbia police say a woman is charged with DUI after her car was hit by a train.

Investigators say at 1:18 Friday morning the woman called 911 when she says her car got stuck on the train track on Columbia College Dr.

While she was waiting on assistance, police say the woman’s car was hit by a passing train and dragged down the tracks.

Police say the woman was not injured.

No one on the train was injured either.

When police arrived they say they determined the woman was under the influence of alcohol and was arrested for Driving Under the Influence.