NOAA reports that January was the warmest on record worldwide.  Temperature records go back to the 1880’s. The worldwide average surface temperature ended up 1.14°C (2.05°F) above the 20th-century norm, narrowly topping the 1.12°C (2.01°F) from January 2016. The warmest four Januaries in the NOAA record have all occurred since 2016. 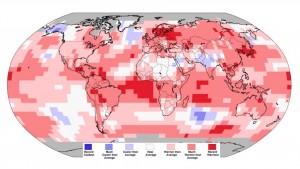 Largest Solar Power Plant in the US - by Warren Buffett

It's Been Very Rainy Lately