Sumter, S.C. (WOLO)– A Sumter County Deputy has been killed in the line of duty. 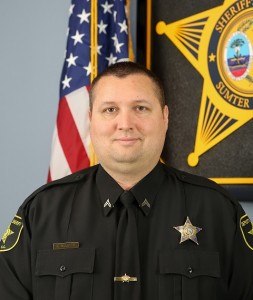 According to Sumter County Sheriff Anthony Dennis, Cpl. Andrew Gillette died from his wounds in a shooting early Tuesday morning. No other deputies were injured, says Dennis.

Sheriff Dennis says the suspect was fatally wounded. His identity is being withheld until family is notified.

Cpl. Gillette was serving an eviction notice at the residence when shots were fired, says Denis. He was struck in the chest, and later died from his wounds in the hospital, according to the Sheriff.

Dennis says SLED is assisting in the investigation.