COLUMBIA, S.C. (WOLO) —As voters get ready to go to the polls Saturday, election officials say they are confident people won’t have too many hassles when casting their vote in the 2020 Democratic presidential preference primary. 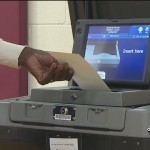 The South Carolina State Election Commission says their voting system have been used more than two hundred times in municipal, local, and federal elections. When it comes to voting Saturday, they say voters have nothing to be worried about.

“South Carolina is ready for the Democratic presidential preference primary, we expect to have a good day on Saturday,” said Chris Whitmire of the State Election Commission. “We have a voting system that’s tested and certified on the federal level, tested and certified at the state level, counties test the equipment before it’s used in an election.”

This week, thousands of voters have had a chance to make their voices heard while using the machines.

The State Election Commission says more than 60,000 people have voted absentee. Richland County has had more than 7,000 early voters, and more lined up Friday afternoon.

“Everybody should make themselves heard. You don’t know what the other person is thinking until they open up their mouths and exercise their right to vote,” said Lloyd Becker, a voter from Richland County.

Others say it allows them to have a voice beyond a 12-hour window Saturday.

“It’s a privilege that we have to have to be able to vote, and to make that stance when we are unable to attend the day to vote, and be able to have a day to vote in advance, I think that’s big,” said Nathaniel Canfell, a voter from Richland County.

With thousands more set to line up and vote Saturday, Whitmire says county election officials are ready for anything.

“Presidential primaries are conducted by election professionals. We use proven systems, proven procedures, proven methods to do that,” Whitmire said.