Should You Worry About Murder Hornets

The short answer is: no. The Associated Press interviewed a few experts and here’s what they had to say.

Bug experts are calling this a lot of hype over a very small danger. On the very rare occasion, a murder hornet will sting an ultimately kill a human, but according to Chris Looney, the Washington State Agriculture Department Entomologist, “…they’re just hornets,”…”The number of people who are stung and have to seek medical attention is incredibly small.”

University of Illinois entomologist May Berenbaum said of the worry: “People are afraid of the wrong thing. The scariest insect out there are mosquitoes. People don’t think twice about them. If anyone’s a murder insect, it would be a mosquito.”

Mosquitoes are responsible for millions of yearly deaths worldwide from malaria, dengue fever and other diseases, according to the World Health Organization. Asian giant hornets at most kill a few dozen people a year and some experts said it’s probably far less.

The significant threat from the murder hornets is to honeybees, which are crucial to pollinating plants that feed us. 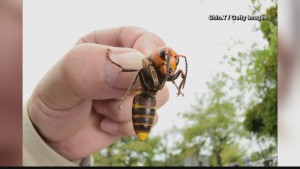 For the Health of It: The Importance of Geriatric Therapy