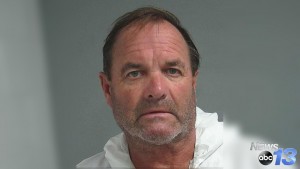 FOLLY BEACH, S.C. (WCIV/AP) — A former Summerville High School principal charged with murdering his wife in 2019 has been found dead.

On Sept. 17, 2019, deputies found the body of Karen Yarborough after she was reported missing by him.

He initially told officials that she left their home to go on a walk the night before but hadn’t returned.

During the investigation, officers located a single bullet on the floor of the Yarboroughs’ bedroom, but no empty cartridge. They also observed blood on his shirt. At the time, he said he didn’t own a gun and that he was taking blood thinners.

On Sept. 18, Yarborough was charged with murder, obstruction of justice and possession of a weapon during a violent crime.

In November, he was released from jail on bond and was subject to electronic monitoring.

The cause of death is pending an autopsy.