More Action in the Tropics

Tropical Depression 3 has formed just off the coast of the Yucatan Peninsula. It’s called a tropical depression because its wind speeds are not quite that of a tropical storms – sustained of at least 39 mph. So where is the storm headed?  That’s a real quandary. There are no winds right now to steer the storm, so it looks like it’s going to wobble about for many days. 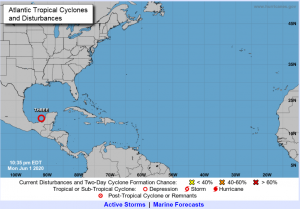 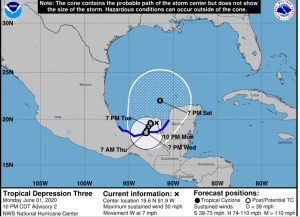