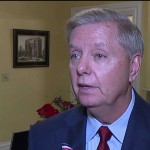 Sen. Graham says beginning October 1, the amendment will give unemployed South Carolinians up to $326 from the state, plus a federal benefit of up to $500, which would cover up to 100 percent of an unemployed individual’s pre-pandemic wages.

His amendment also says the $600 per month for federal unemployment benefit would be lowered to $500 for the months of August and September.

The amendment has the following:

Graham says that the payment of $600 for unemployment is causing people to make more money by not working.

He also said the payments are harming South Carolina businesses after hearing from officials from South Carolina’s Chamber of Commerce, Restaurant and Lodging Association, Retail Association, and the National Federation of Independent Business.

According to officials, the payment is impeding their ability to “fully re-open and get our state’s economy back on track.”

However, the Trump Administration proposed one more week at $600 before dropping it.