There’s been a lot of discussion about the reasons for the massive fires in the west this summer. To be sure, there are some obvious things that have contributed to these fires. To begin with, the general strategy for managing fires for a long time has been to suppress them. The result is that there is a ton of growth in the forest that would have been burned out by smaller fires in the past, but is now just waiting as fuel for the big ones. We’re seeing that now. Also, the populations have grown dramatically, putting a lot more people and buildings in vulnerable places. There is also one more element that can’t be denied: Climate Change. Here’s what’s posted on the Cal Fire web page:

“While wildfires are a natural part of California’s landscape, the fire season in California and across the West is starting earlier and ending later each year. Climate change is considered a key driver of this trend. Warmer spring and summer temperatures, reduced snowpack, and earlier spring snowmelt create longer and more intense dry seasons that increase moisture stress on vegetation and make forests more susceptible to severe wildfire. The length of fire season is estimated to have increased by 75 days across the Sierras and seems to correspond with an increase in the extent of forest fires across the state.”

And don’t just ask the fire fighters. Here’s what Climate Scientists are saying:

“This is very much a way station on the path to a new future,” Daniel Swain, a climate scientist at the University of California, Los Angeles, told BuzzFeed News. “We have not reached the peak. In fact, no one knows where the peak is.”

The bottom line is that west coast fires are going to get worse in the coming years – in large part due to Climate Change. 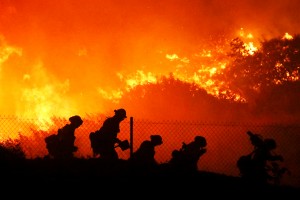 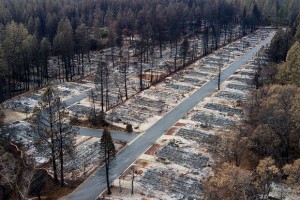 Another Tropical Storm in the Gulf of Mexico

Get Ready to Get Soaked