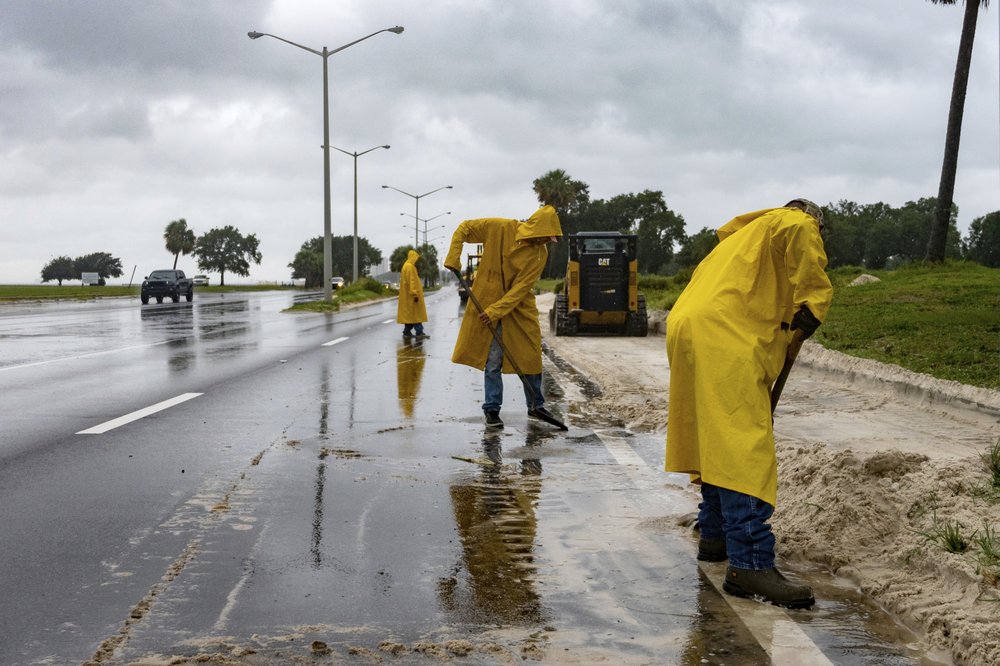 (Lukas Flippo/The Sun Herald via AP) — City of Biloxi work crews take advantage of the slow moving Hurricane Sally’s winds to clean off sand from U.S. Highway 90 in Biloxi, Miss., on Tuesday, Sept. 15, 2020. Hurricane Sally is still moving slowly towards the Gulf Coast, and is expected to bring between 10 to 20 inches of rainfall.

MIAMI,F.L., (AP) – As strong winds from Hurricane Sally continue to batter the Gulf Coast, Stacy Stewart, a senior specialist with the National Hurricane Center says the storm could strengthen further before the entire eye-wall moves inland and the center of the Hurricane crosses the gulf Coast between 6 and 7 a.m. EST.

He says the hurricane will bring “catastrophic and life threatening” rainfall over portions of the Gulf Coast, Florida panhandle and southeastern Alabama through Wednesday night.

The hazards associated with the hurricane are going to continue after it makes landfall, with the storm producing heavy rainfall Wednesday night and Thursday over portions of central and southern Georgia, Stewart said.

Already trees are falling, street signs are swinging and cars are getting stuck in floods in Gulf Shores, Alabama, according to videos posted on social media. More than 300,000 customers are without power in Alabama, Florida and Louisiana.

As Hurricane Sally slowly made its way toward land, nearly 332,000 homes and businesses had lost electricity across Alabama, Florida and Louisiana by Wednesday morning, according to the poweroutage.us site. The site says about 192,000 of those outages were in Alabama while more than 78,000 were in Florida.