COLUMBIA, SC (WOLO)– The Sumter County Sheriff’s Office says they arrested a man in connection with a shooting that left 23-year-old Tyvon Dickey dead. Deputies say the shooting took place on October 16 at a motel in the 10000 block of Lynches River Road.

Authorities say 24-year-old Leon Shiron Benbow was arrested on October 22 and is charged with murder and possession of a weapon during a violent crime. 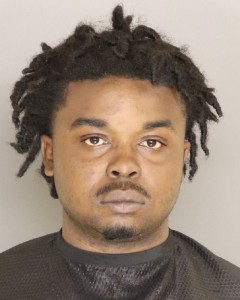 Deputies say their investigation has led them to believe Dickey and Benbow were acquaintances.

“This incident is still under investigation and we do believe there are deeper underlying issues related to this case, however, the suspect has not been very cooperative,” Sumter County Sheriff Anthony Dennis said.

Those with information are asked to call the Sumter County Sheriff’s Office at 803-436-2000 or Crime Stoppers at 1-888-CRIME-SC. Tips can also be submitted online at p3tips.com.

Despite fewer travelers this year, CAE still working to keep passengers safe from terminal to destination