Sumter Co. inmate under investigation after starting a fire in his cell on Monday 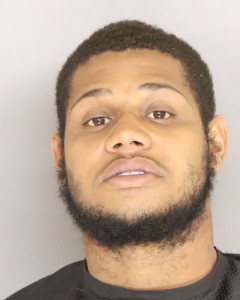 COLUMBIA, SC (WOLO)– Deputies say an inmate at the Sumter County Sheriff’s Office Detention Center is under investigation after he started a fire with a lighter in his cell on Monday night. Authorities say 23-year-old Markel Anthony Atkinson, who is is being housed at the detention center for a murder charge, also got into an altercation with two officers who were trying to restrain him. According to deputies, Atkinson has been charged with two counts of contraband, two counts of assault and one count of arson.

Authorities say that detention center officers were able to put out the fire before the Sumter Fire Department arrived at the scene. Officers say inmates in the housing area were evacuated due to the smoke, but later returned without issue.

No injuries have been reported. The investigation is ongoing into how Atkinson obtained the lighter.