Why is the Earth Warming?

The earth is warming because we humans are adding gasses to the atmosphere that trap heat. It’s really that simple.  We humans have been burning fossil fuels (gas, coal, oil, etc.) at an increasing rate over the past 150 years – primarily for use in heating, electricity generation, and transportation.  When these fuels are burned, they release Carbon Dioxide into the air. 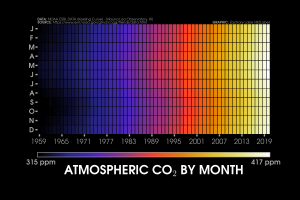 Coldest Temperature on Record in Columbia

We're Cutting Down Trees - at an Alarming Rate