Here’s the first very sobering paragraph from the study:

“More than 8 million people died in 2018 from fossil fuel pollution, significantly higher than previous research suggested, according to new research from Harvard University, in collaboration with the University of Birmingham, the University of Leicester and University College London. Researchers estimated that exposure to particulate matter from fossil fuel emissions accounted for 18 percent of total global deaths in 2018  — a little less than 1 out of 5.”

The pollution that they are referring to comes primarily from burning of fossil fuels (gas, oil, coal, etc.). Think about it. Using gas and diesel for cars and trucks, as well as using coal and natural gas for creating electricity is literally killing us.  Using renewable energy (wind, solar, etc.) to create electricity, which we can use for transportation and powering the rest of our lives is clean. And it’s cheaper.

The rest of the article is here: 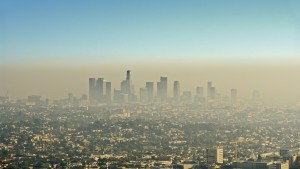 The 2022 Beijing Olympics Will Run Only on Renewable Energy