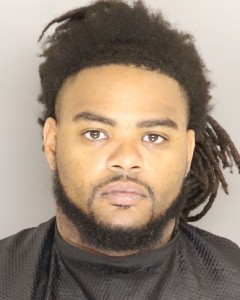 COLUMBIA, SC (WOLO)– The Sumter Police Department says they arrested a man in connection with a string of vehicle break-ins on Sunday. Authorities say the break-ins occurred at several hotels and restaurants along Broad Street between 10 a.m.-1:15 p.m. Police say all but one of the vehicles broken into were unlocked.

Authorities say 26-year-old Isaac Isiah Bethel, of Columbia, has been charged with identity fraud, unlawful carrying of a pistol and seven counts of breaking and entering auto. Police say he was arrested after he fit the description of the suspect. Investigators say they found two handguns in the suspect’s car, one of which was stolen from a vehicle parked at a restaurant.

According to officials, Bethel is also wanted in Columbia on an unrelated probation charge as well as auto breaking and entering charges.

Bethel is currently being held at the Sumter County Sheriff’s Office Detention Center.