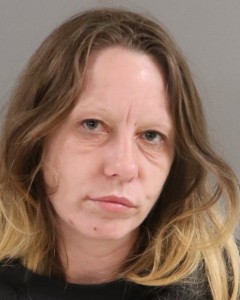 COLUMBIA, SC (WOLO)– The Sumter County Sheriff’s Office has arrested 38-year-old Danielle Yackeschi, who is accused of falsifying a police report and possession of drugs. On Saturday, deputies say they initiated a traffic stop on Yackeschi and found she was wanted for an outstanding warrant. Police say she was in possession of a meth or cocaine base, and a substance suspected to be heroin.

The outstanding warrant stemmed from a false report she filed about a carjacking at a motel on March 29, say deputies.