RCSD: 18-year-old man charged with shooting death of another man at a party last month

COLUMBIA, SC (WOLO)– The Richland County Sheriff’s Department says an 18-year-old was arrested for a fatal shooting during a party on June 6. Deputies say they arrested Tywon Grooms on Friday and charged him with murder and possession of a weapon during a violent crime. 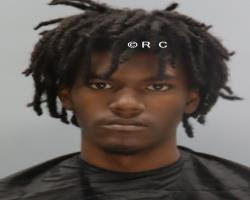 Around 12:30 a.m. on June 6, deputies say they were called to the 1000 block of Lawhorn Drive for reports of gunshots. Once on the scene, authorities say they found 19-year-old David Green shot in the upper body, and he was deceased.

Investigators believe the shooting stemmed from an argument between Grooms and the victim.