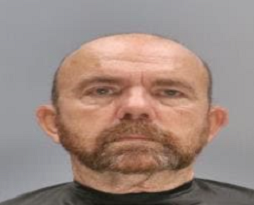 According to CPD, allegations from 2014-2017 accuse Jennings of sexually assaulting a girl between the ages of 6-9.

Officials say Jennings is also accused of inappropriately touching another girl who was between 10-13-years-old. Police say this incident was reported in March and the Special Victims Unit has been investigating since.

“On Thursday, July 8, 2021, Richland School District Two administrators learned of the arrest of Mr. John Jennings by the City of Columbia Police Department. Mr. Jennings is an employee at Longleaf Middle School. According to information published on the Richland County Fifth Judicial Circuit Public Index online database, Mr. Jennings has been charged with criminal sexual conduct with a minor. He has been placed on administrative leave following board policy.”

In a message to Longleaf Middle employees and parents, the school’s principal shared we are taking this very seriously”. Parents who have any concerns about interactions between the employee and their students have been asked to contact the principal.

In Richland Two, nothing is more important than the safety and welfare of our students. District administrators want to assure the entire Richland Two family that we do all we can to make sure our schools remain safe for teaching and learning.”