COLUMBIA, SC (WOLO)– According to the South Carolina Law Enforcement Division, a former officer with the Orangeburg Department of Public Safety has been charged in connection with a use of force investigation. Authorities say 38-year-old David Lance Dukes is charged with first degree assault and battery for the incident that took place July 26 in Orangeburg. 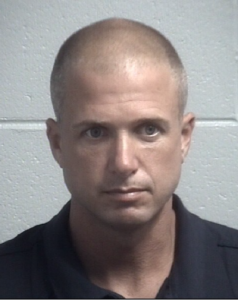 On Friday, the officials with the City of Orangeburg held a press conference regarding an incident involving an officer’s use of force. Shortly after 5 p.m. on July 26, officers say they were called to Colleton Street for a report of a man with a gun. During their response, Adams says one officer used force that was later deemed to be outside the scope of the department’s use of force policy.

Saturday, SLED sent a release stating that Dukes had been arrested and charged with assault. According to the arrest warrant, Dukes ordered the man to the ground at gun point. Authorities say the man was in a defenseless position when Dukes, approaching him and forcibly stomped on the man’s head/neck area with his boot, causing the victim’s head to hit the concrete and suffer a contusion. The man was later transported by EMS.