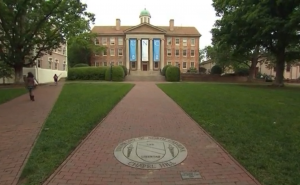 CNN– A federal judge ruled the University of North Carolina at Chapel Hill can continue to consider race in undergraduate admissions. An anti-affirmative action group called ‘Students for Fair Admissions’ sued UNC in 2014.

The group alleged the university intentionally discriminated against applicants who were White and Asian American during its undergraduate admission process. On Monday, U.S. District Judge Loretta Biggs ruled UNC did not discriminate against them, and said it can continue using race as a factor in admissions.

She wrote “UNC has met its burden of demonstrating with clarity that its undergraduate admissions program withstands strict scrutiny and is therefore constitutionally permissible.”

She wrote the university engages in a highly individualized, holistic admissions program.

Health: Number of adults with high blood pressure up since pandemic began