Suspect wanted in shooting at Publix 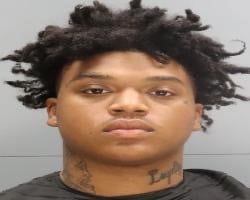 Chapin, S.C. (WOLO)– Police in Chapin are searching for a suspect in a shooting at a local grocery store.

Investigators say on Thursday night they responded to Publix on Chapin Rd to a report of a shooting.

Police say through the course of the investigation they determined Kamron Richard-David Woods was fired shots into a car.

He is wanted for four counts of attempted murder discharging a firearm into a vehicle, and possession of a firearm during the commission of a violent crime.

If you know where he is call the Chapin Police Dept. or Crimestoppers at 1-888-CRIME-SC or crimesc.com.