On Christmas Day, NASA is set to launch its new James Web Space Telescope.  This new telescope is not set up to replace the Hubble telescope as much as it is simply the next generation of the technology and its mission will be different from Hubble’s.  The new telescope will try see the cosmos in different wavelengths than the Hubble and it will help answer different questions like: what is the history of the universe from the Big Bang to alien planet formation and beyond.  One interesting aspect is that the James Web Space Telescope will orbit the sun – unlike the Hubble telescope which orbits the earth. You can read all about it here: 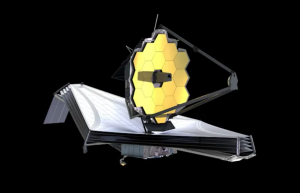 Columbia Finally Got 1 Inch of Snow